In what has been called a “miracle” on Monday, four people survived a 250-foot-plus drop off a cliff in California while in a Tesla, according to a video statement from several government entities — the California Department of Forestry and Fire Protection, the San Mateo County Fire Department, and the Coastside Fire Protection District.

Brian Pottenger, battalion chief at Coastside, was involved with the rescue and told Entrepreneur via phone that the area is known to be treacherous.

“That stretch of road, this is a fairly regular occurrence for us — and, typically, most people succumb their injuries in an accident like this,” he said.

It was an enormous surprise that the four people survived, he added.

Four people in a Tesla car, including two children ages 4 and 9, went over the side of a cliff in an area known as Devil’s Slide on Monday. The car was going south on Route 1, also known as the Pacific Coast Highway, per the video statement.

This morning, a vehicle with 2 adults and 2 minors went over cliff at Devil’s Slide in @sanmateoco. Witnesses saw the accident and called 911. The car plunged hundreds of feet down the cliff and landed on the beach. All four patients were successfully rescued. Watch the video! pic.twitter.com/HUM2SJ56Oy

It appears to have been a problem area for a long time. Per a 1997 story from The San Francisco Chronicle, at least 16 people in 11 years prior died in the area from car-related accidents. 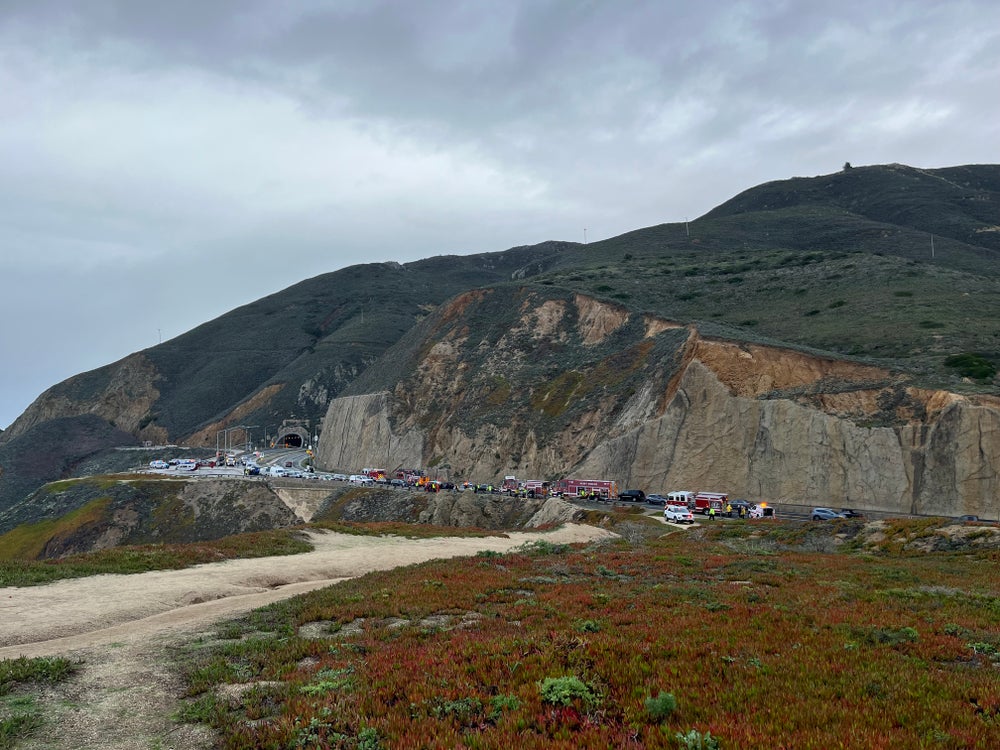 This is despite efforts to make it safer. “For decades, the postcard-worthy landscape has befuddled engineers and terrorized drivers with its winding asphalt atop eroding bluffs. Dozens of people have driven off the road, many plummeting to their deaths on the rocks or in the surf below,” the outlet wrote in a story about accidents in the area published in June.

Pottenger told Entrepreneur that he has been involved in about 8 to 10 rescues in the area before.

After the crash, witnesses called 911, per NBC. Then, according to the video statement, (where Pottenger is also speaking) the rescuers went down with ropes — and saw one person, at least, moving in the backseat. 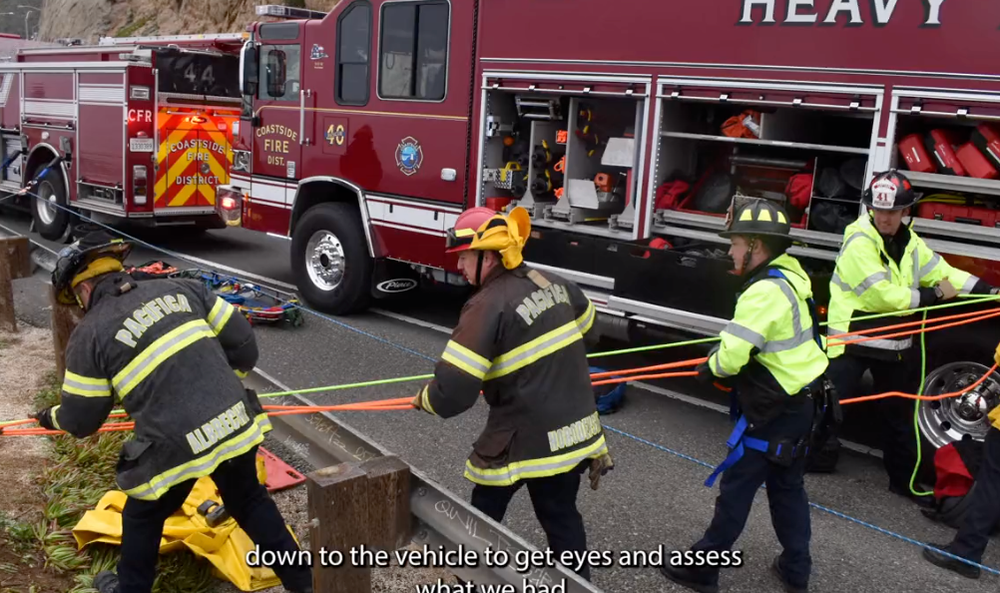 Rescue helicopters arrived within about 20 minutes. But, in the meantime, they hoisted up the two young people.

“I didn’t want to wait for the helicopters to get there to get the kids out,” Pottenger said.

Then, they were able to rescue the adults via helicopter. 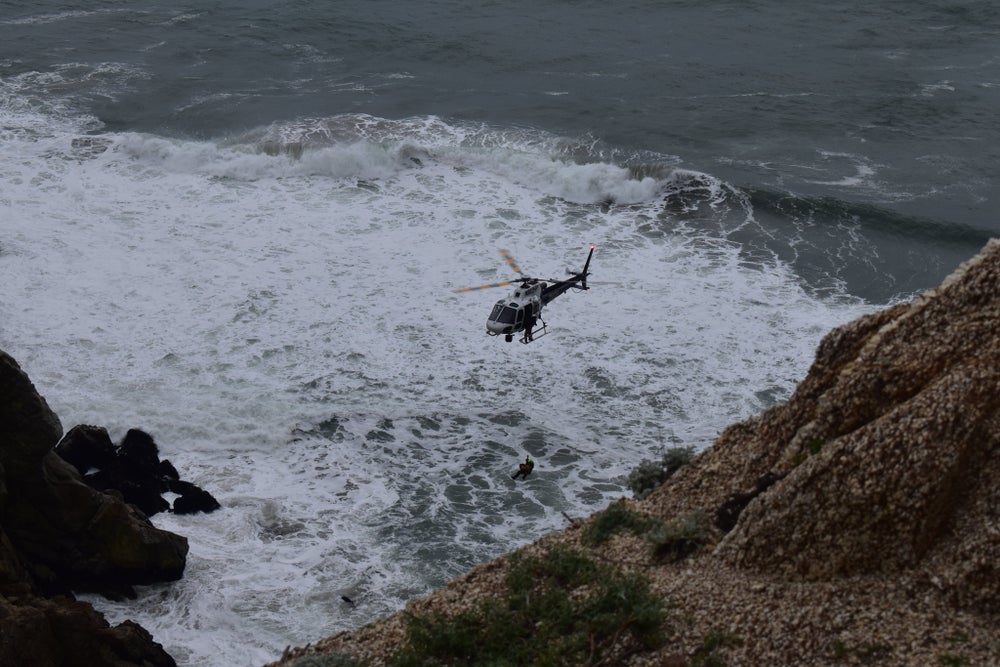 The AP also noted that, at this time, California authorities do not believe the car was in one of Tesla’s assisted driving modes, such as Autopilot or Full Self-Driving. At least the latter mode has been linked to at least one crash, and they have faced a lawsuit over misleading claims. (Neither is actually “fully” self-driving.)

Pottenger said that he cannot be sure if the Tesla car itself is why the victims survived but had previously called surviving the fall an “absolute miracle.”

The two young people had “moderate injuries” per the video statement, but the two adults suffered “traumatic” injuries, per the outlet.