This as-told-to essay is based on a transcribed conversation with Will Sutherland, who owns a treehouse Airbnb. It has been edited for length and clarity.

Even before I bought my house, I had the idea of building a treehouse on the four-acre property. When I walked around the site for the first time, I saw two trees sitting over a rock ledge and wanted to put a treehouse there. At the time, it was a pipe dream that I never thought I would actually be able to do.

I built the treehouse by myself, and it took me about 6 and a half months

I carried up every piece of wood, every piece of floor, the roof trusses, the floor trusses, and the big quad beam. I also sourced a bunch of cedar logs from a friend who was having a house built. I have a sawmill at my house, so I was able to mill all the cedar for the siding. 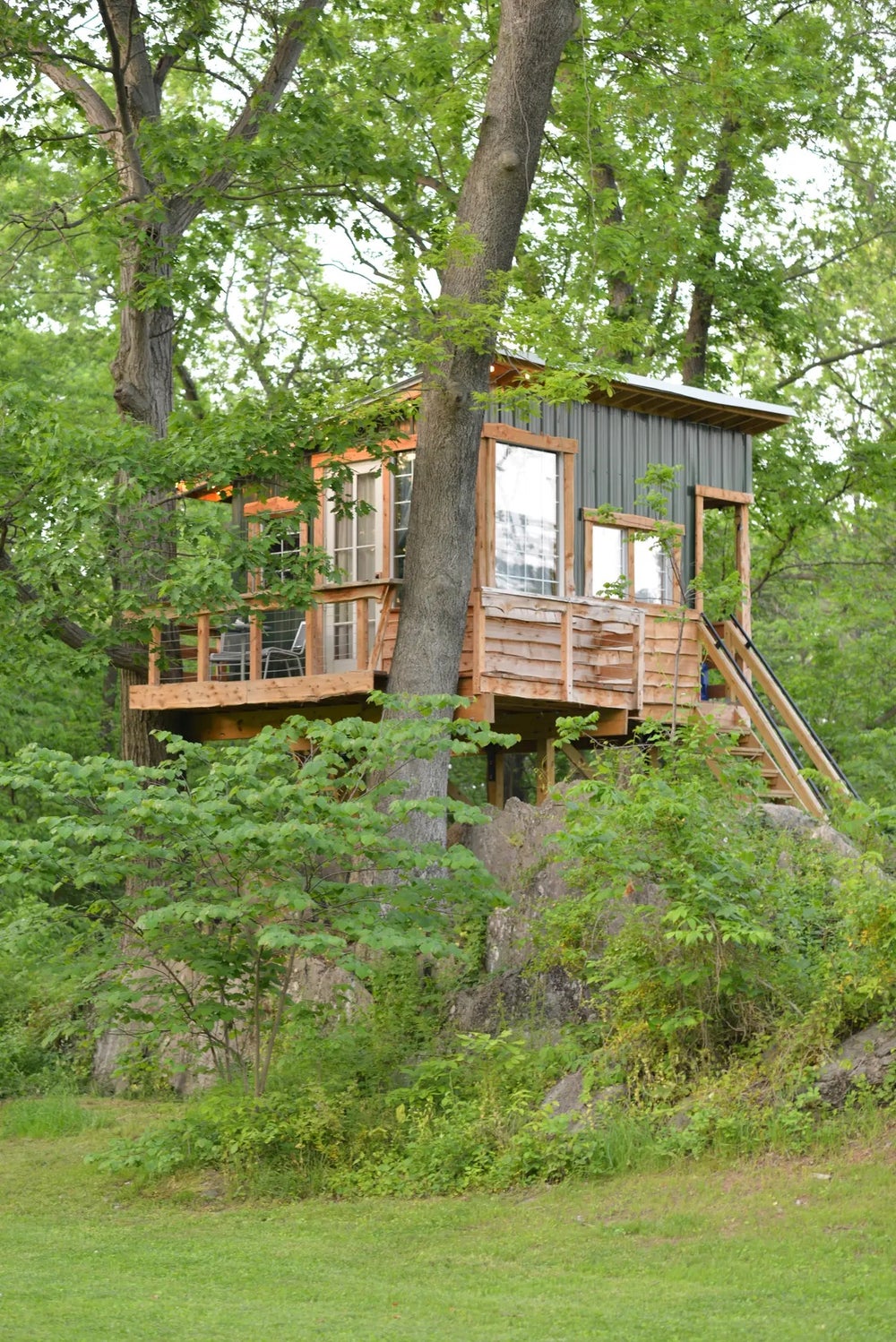 When I told my now wife, Sabrina, that I was building a treehouse to rent on Airbnb, she said: “As long as you build another bathroom for guests, I’m all for it.” For years, our guests in our Airbnb skoolie — a converted school bus — had been using the bathroom in our house. It was a necessary inconvenience since the skoolie didn’t have a toilet or shower.

When I built the treehouse, I also built a bathhouse with a shower and a toilet at the same time. Now all of our guests use the bathhouse. 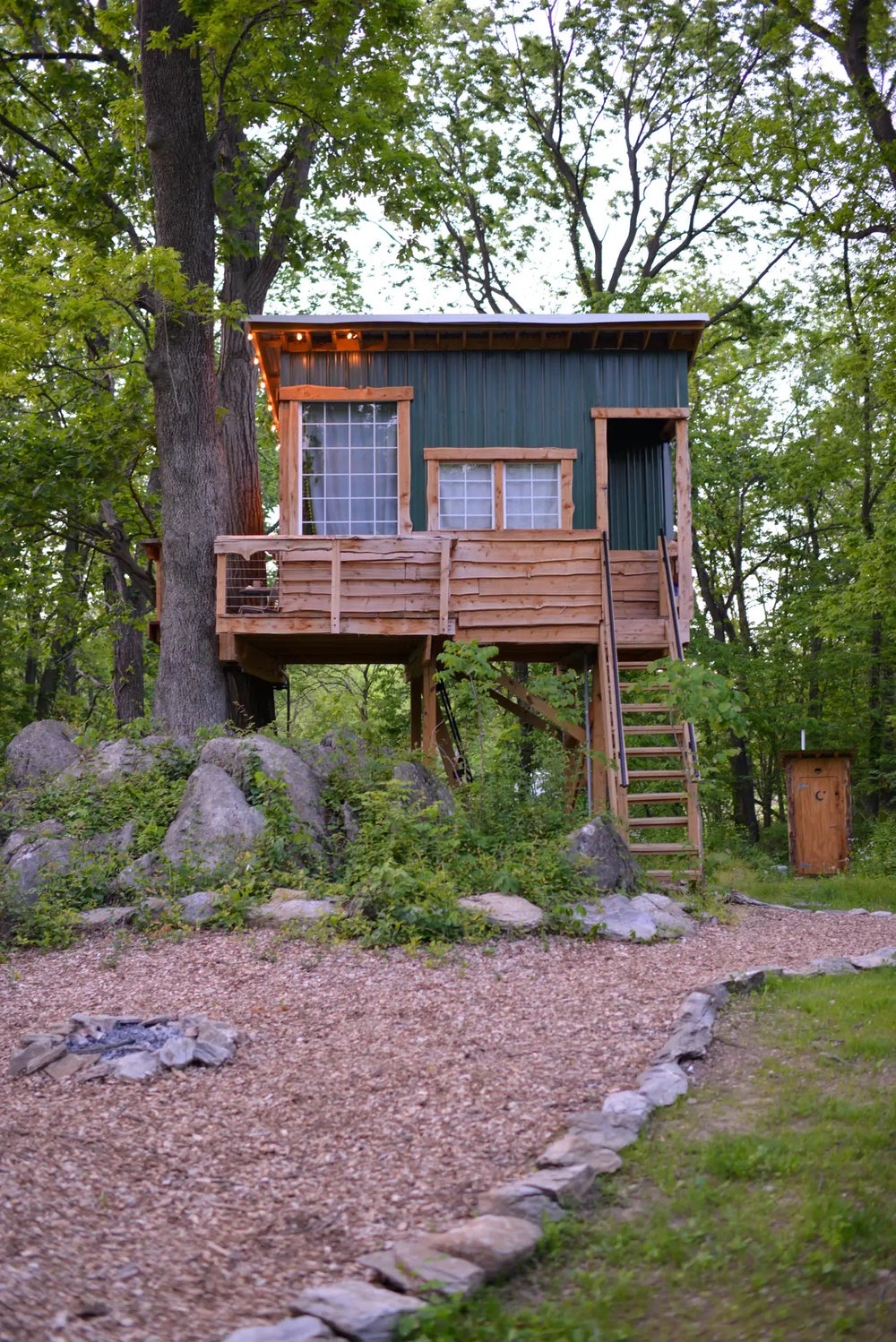 Sabrina helped me with some of the details, like the floor finishing and trimming some boards. She was by my side every day when she got home from working as an arboretum specialist at the Virginia State Arboretum.

It’s like a bunk bed and is great for kids. There’s also a main queen bed in the treehouse too. There’s no running water, but I do have a five-gallon water tank for hand washing and brushing teeth. There’s also a hotplate so guests can heat up the water, a window unit air conditioner, and an electric heater. 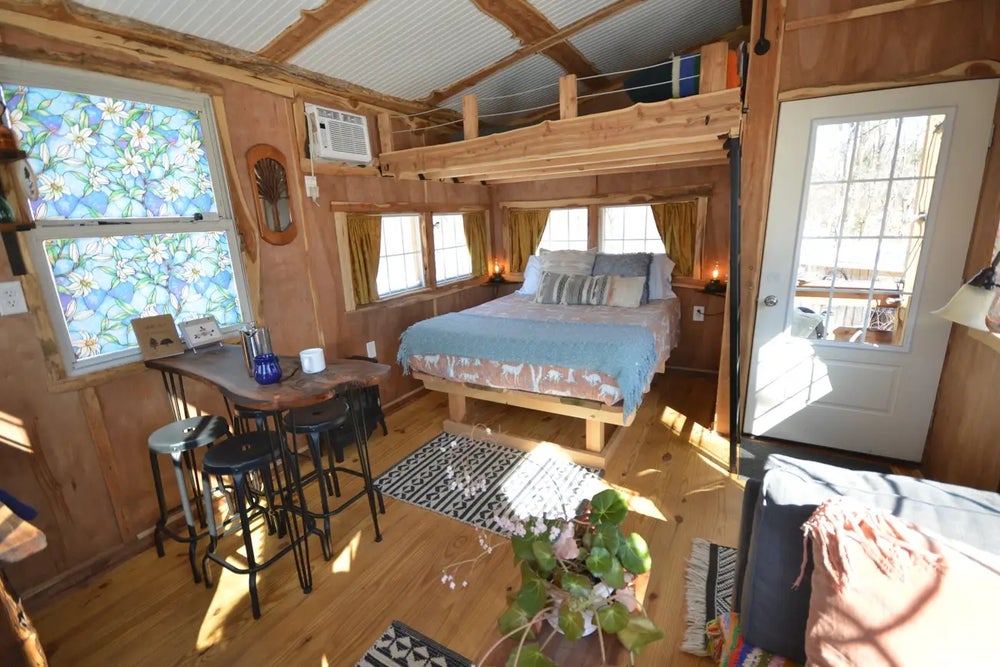 I built a staircase in front, which is kind of steep, and an emergency exit in the back that’s more of a ladder to get into the treehouse. Since it sits on a rock ledge, the front of the treehouse is about 18 feet from the ground, and the back is about 14 feet.

The first year, I earned $30,000 from the treehouse rental

The treehouse gets thousands of views per month on Airbnb, and I’m booked for months out. The nightly price for the treehouse fluctuates between $160 and $250 a night, depending on the time of the year.

With the skoolie and the treehouse, I started enough money from Airbnb to quit my job. I now have a lot more time to help friends and family with projects, and to daydream about new things I want to make. I also get to see them come to fruition sooner than I used to with my full-time job. 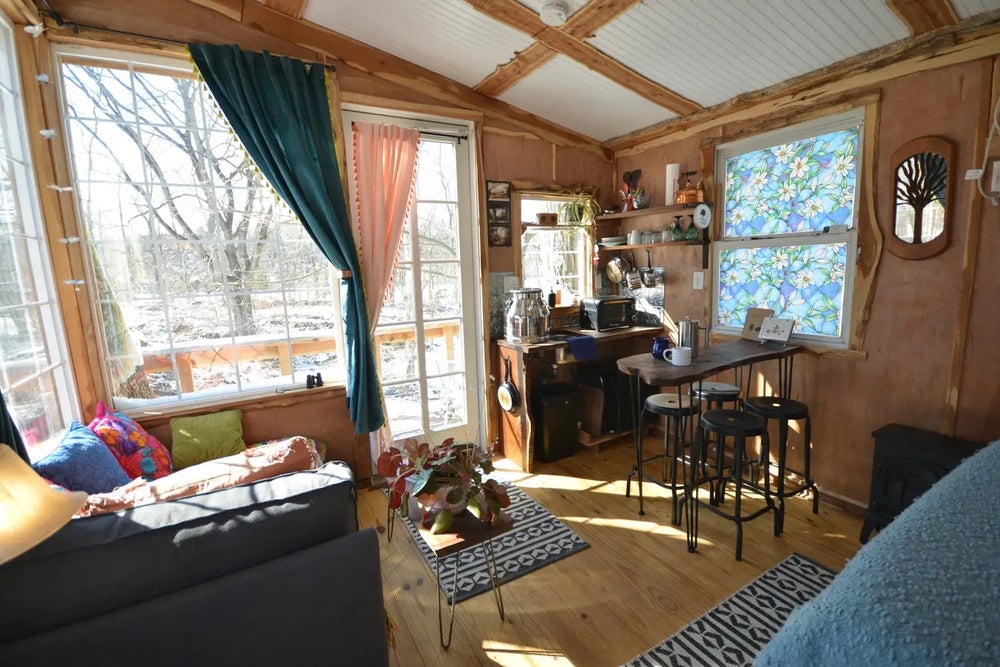 Since I’m now in the business of hosting people, I’ve had to change how I go about my day. I can’t be outside using the chainsaw or running my sawmill when there are people trying to read a book on the porch of the treehouse. Once I see guests leave, I’ll quickly mow the grass.

We basically live in a little miniature community here, flanked by our bus guests and treehouse guests all the time. 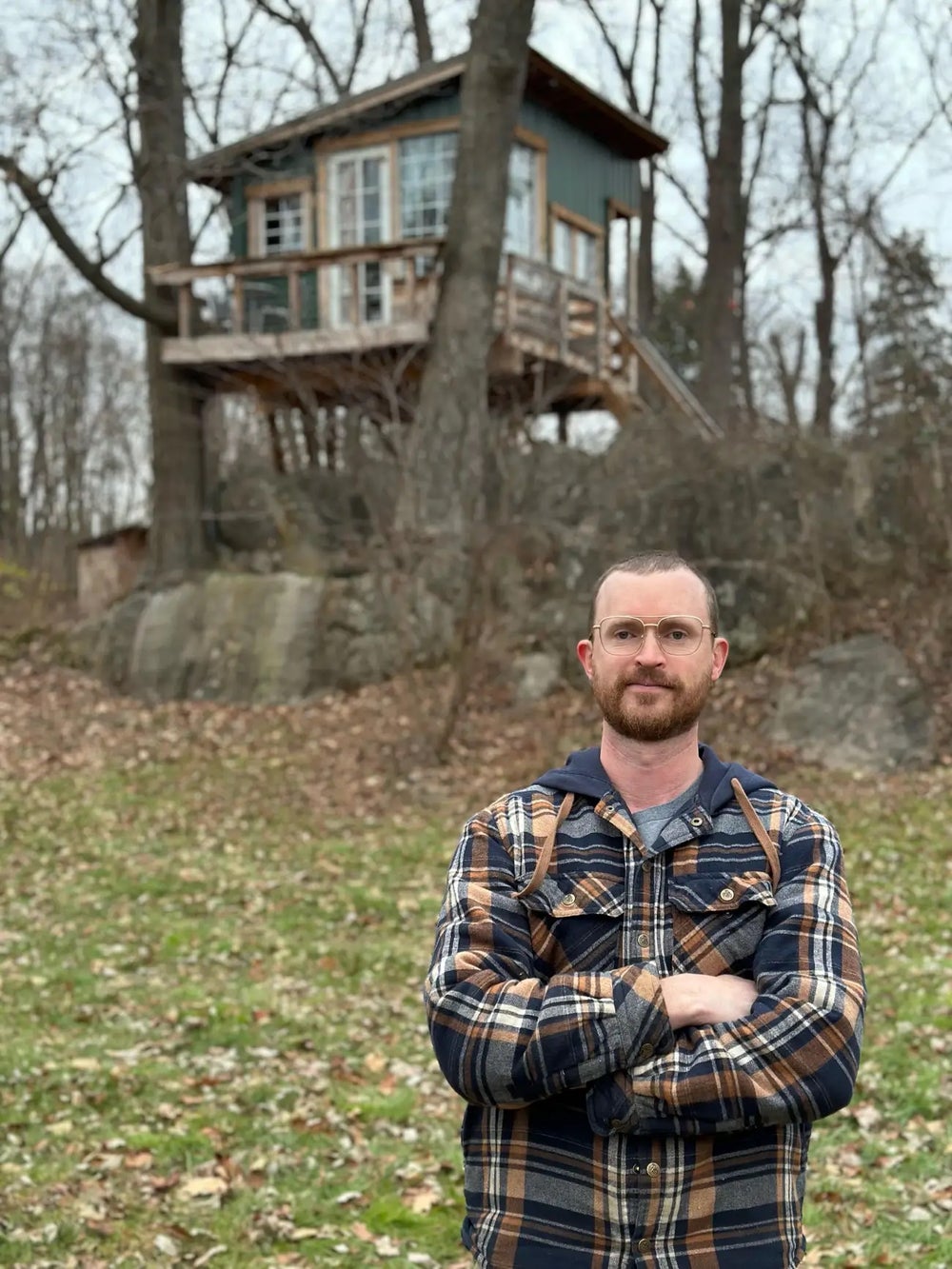 I feel fulfilled seeing guests create quality memories at the treehouse, and income from Airbnb has enabled me to work from home which has given me more quality time to spend with my friends and family.